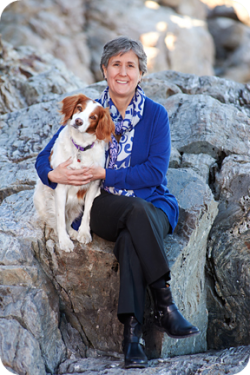 Helen Breña has served the YMCA movement for almost 25 years and has served as Chief Executive Officer of the YMCA of Southern Maine since 2006. Her prior YMCA experience was with the Central Connecticut Coast YMCA, where she served many roles including CFO, Vice President of Operations, and Senior Vice President of Operations. During her 15 year tenure there, Helen led 10 branches, with over 700 employees and 43 sites, serving 40,000 members.  In addition to overseeing operations and finance, Helen gained invaluable experience as she helped lead the organization through Chapter 11 Bankruptcy in her first few years.  Later her experience included Affordable Housing Tax Credit Initiatives and a merger with another YMCA.

Helen moved to Portland in 2005 in order to get back to Northern New England.  She worked with Avesta Housing as the Vice President of Finance and Management for a short while before returning to the YMCA Movement as the CEO of the YMCA Of Southern Maine in 2006.

Helen’s passion for her work at the Y is based on the belief that all people deserve the opportunity to learn, grow, and thrive.  What better place to bring people from all dimensions of diversity to explore their potential and discover who they are meant to be than at the Y.  This is core to Helen’s values and the YMCA mission.

Helen attended Amherst College, earning an undergraduate degree in Economics. She also earned a Masters in Professional Accounting from the University of Hartford and became a Certified Public Accountant during her early years while working for Arthur Andersen & Company in Hartford, Connecticut. Helen grew up in New Hampshire and loves being back in Northern New England. She lives in West Falmouth, where she shares her time with her partner, her dog, and two cats.  In addition to family events, photography, reading, and learning the ukulele, Helen enjoys many outdoor activities including hiking, sailing, skiing, running, triathlons, and nature. 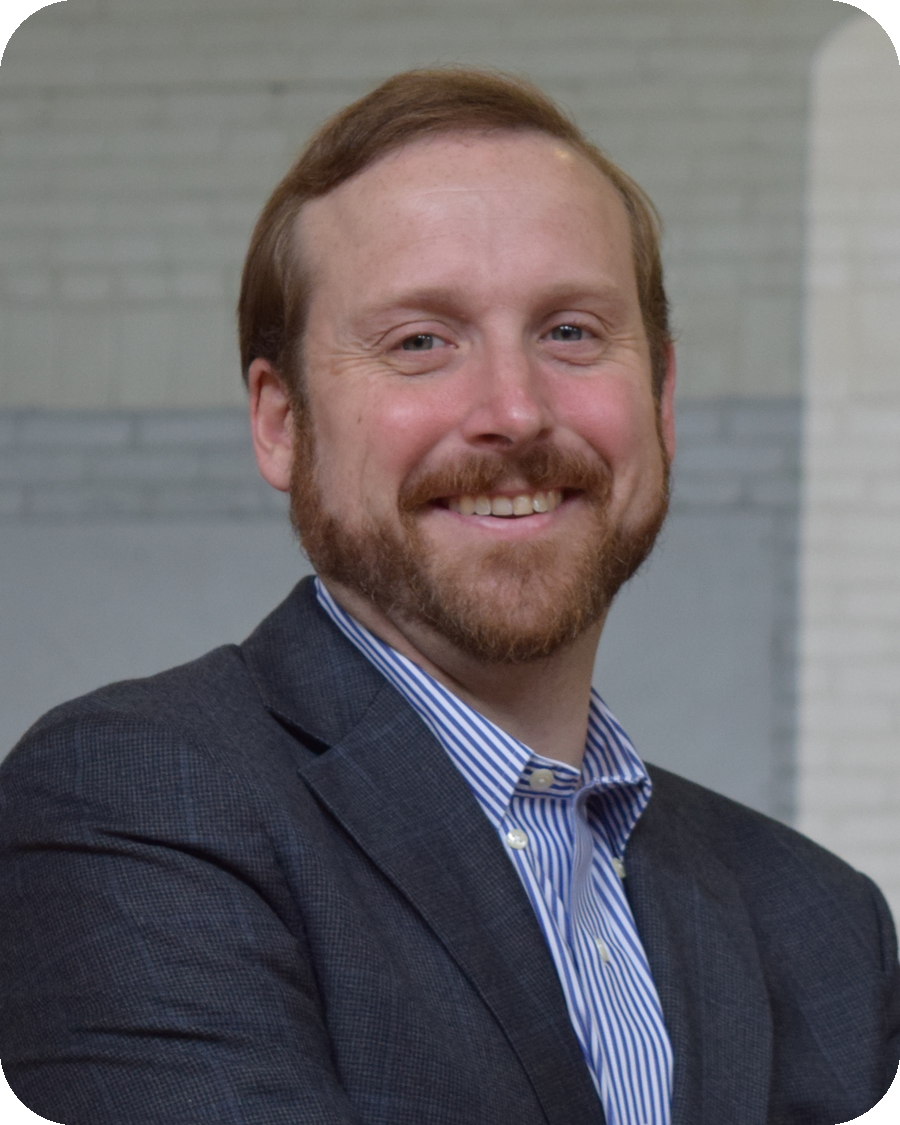 James joined the YMCA of Southern Maine in June 2015. Previously, James was the CFO of Adfero, a Washington, D.C., public relations firm, and Fireside21, a software provider. James has over 10 years of experience in financial management. James is thrilled to make the jump from the private sector to the non-profit world and help grow and improve the Y’s ability to fulfill its mission.

James earned his MBA, with honors, from Georgetown University's McDonough School of Business, where he was inducted into the Beta Gamma Sigma honor society. He received a B.A. in mathematics from Cornell University and also completed an M.A. in political management from The George Washington University in Washington, D.C.

Outside of work, James is an amateur chef, a sports fan, an American history buff, as well as a Zydeco and Jazz music enthusiast. Although he was born in Cleveland, Ohio, he spent his youth in the D.C./Maryland area and lived in several communities throughout the United States before returning to settle on the East Coast. James currently lives in Portland with his wife, Ashley. 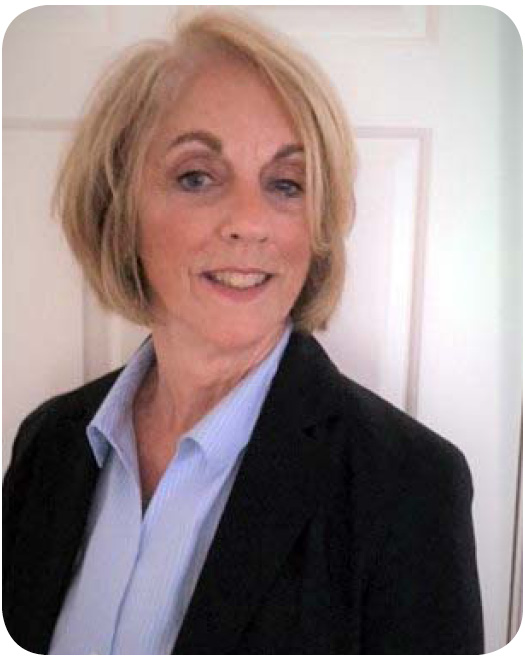 Jan DiMauro joined the YMCA of Southern Maine in April of 2014. Her credentials include over 15 years of Human Resource management and supervision, both in for-profit and non-profit environments. Jan’s previous experience includes guiding and managing the overall provision of Human Resources services, policies, management development, labor relations, affirmative action, salary administration, employee health and wellness, as well as assisting and advising managers about Human Resources issues. She is very excited to be part of the YMCA of Southern Maine.

She is also a current member of the Diversity Hiring Coalition, HRASM and SHRM and holds a Senior Professional in Human Resources certification. She is also a former volunteer Ambassador for the Barbara Bush Children’s Hospital and a current board member for the Catherine Morrill Day Nursery, Jan received her B.A. in Sociology from the University of Maine and resides in Scarborough with her chocolate lab mix, Chelsea.

Scott Krouse has been employed by the YMCA of Southern Maine since 1993 and currently serves as the District Executive for the Casco Bay and Pineland Branches. As District Executive, Scott has provided leadership resulting in organizational growth for fundraising, staff development, community outreach, program development, and facility expansion. Previously, Scott served as Branch Executive for the Greater Portland Branch and was also instrumental in the development of the Pineland Branch in New Gloucester. Growing up as a child in Boothbay Harbor the YMCA played an important role in his self-development and he wants to make sure that all youth have the opportunity to learn, grow, and thrive at the YMCA like he did. Scott also worked for the Boothbay Regional YMCA in various positions during his college years.

Scott attended Springfield College earning an undergraduate degree in Sports Management and a Masters in Administration. As part of his Master’s program, he worked in the front office for the Boston Celtics focusing on public relations and marketing. He has served on many local and state boards. Scott resides in North Yarmouth with his wife Cindy and yellow lab “Casco”. He has many hobbies, but most of all enjoys getting outdoors participating in the numerous recreational activities the state of Maine has to offer. 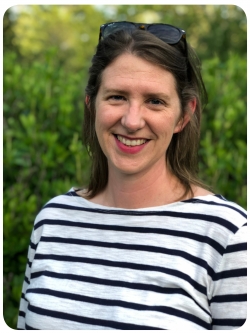 Meaghan proudly joined the YMCA of Southern Maine in 2016. She leads the Northern York County Branch in Biddeford and the Association's Marketing Team. Before joining the Y, Meaghan held a number of leadership positions at both for-profit companies and non-profit organizations. She has managed three successful state-level political campaigns and led marketing and product development for a wellness-focused direct marketing company.

Meaghan has long been interested in holistic well-being and is a trained herbalist and former board member of several mental health organizations in Portland. When not at work, Meaghan ej loves exploring the outdoors on bike and foot with her husband Nate, an artist and IT professional. 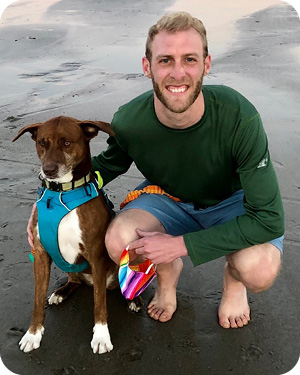 Trevor attended Connecticut College where he double majored in Economics and International Relations and captained the men’s soccer and tennis teams.  Following a brief stint abroad, Trevor returned to Connecticut College as an Assistant Men’s Soccer Coach and to pursue his Master’s in Psychology. After earning his graduate degree, Trevor took a civilian role at the US Coast Guard Academy where he worked to develop and evaluate cadets as leaders of character. Trevor then started his YMCA career following a move to the Seattle area with his wife in 2017.

Originally from New Hampshire, Trevor’s love for sport and physical activity began at his hometown YMCA at the age of 3. You may see him walking with his wife (Emily) and dog (Pepper), chasing a ball on the local fields and courts, or hiking/skiing/riding in the mountains with friends and family.  He’s also picked up a few cooking and baking skills during recent stay-at-home orders and he is especially proud of his homemade pizza. 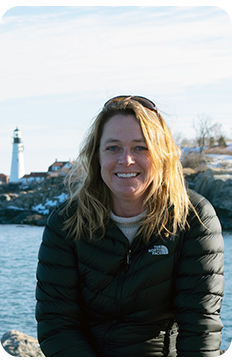 Kelley Rich joined the YMCA of Southern Maine in September 2017. She brings with her 16 years of nonprofit management experience, including seven years as Executive Director and Administrator of Island Commons Resource Center, a small, 7 bed, person-oriented, assisted-living facility. Kelley served as Executive Director of the Chebeague Recreation Center on Chebeague Island, where she lived for many years. She has served on several volunteer boards and started a licensed, nonprofit child care center, The Kids’ Place, on the island in 2008. Prior to that Kelley, worked in the banking and insurance industries. She is excited to be part of the YMCA of Southern Maine team.

The ocean has long been a part of Kelley’s life and growing up she spent many summers lobstering with her family in her hometown of Falmouth. Now, back on the mainland and based in Yarmouth, Kelley’s two teenage children and her black lab Maggie keep her busy. In her spare time, Kelley loves to be outside, boating hiking, running, and competing with her sailing team. 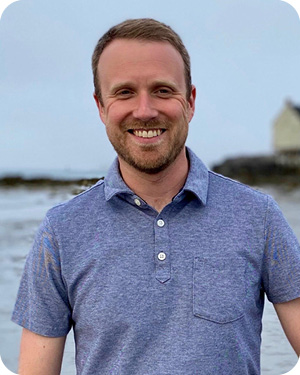 Tyler joined the YMCA of Southern Maine in May 2020. Previously, Tyler served as Donor Relations Officer at Pine Tree Society where he performed duties in major gifts fundraising, annual giving, special events and organizational strategy. Tyler’s approach to fundraising is rooted in relationship building and using impact to drive income. He is excited to be bringing this experience to the table with the team at the YMCA, and to use a collaborative approach to philanthropy toward funding the vision of the YMCA of Southern Maine.

Prior to Pine Tree Society, Tyler worked in both radio and television advertising in the Bangor and Portland markets. In these roles Tyler built sales experience and gained skills in copywriting, negotiation, and media relations. Tyler is a 2007 graduate of the University of Maine, where he majored in Mass Communication. He is a life-long Mainer, born and raised in South Portland.

Tyler’s favorite hobbies include almost anything in the great outdoors of Maine like hiking, running, biking, and exploring. He enjoys reading about history, fitness, cooking, live music, writing, and walking his dog on Willard Beach. Tyler lives in South Portland with his wife Danielle, lab/sighthound-mix pup Maizy and two cats, Lucy and Fiona.